All Party Parliamentary Group for Hairdressing, Barbering and Cosmetology (APPG) 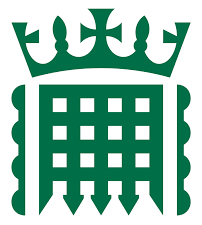 All Party Parliamentary Group for Hairdressing, Barbering and Cosmetology (APPG)

What is an APPG?

All-Party Parliamentary Groups (APPGs) are informal, cross-party groups formed by MPs and Members of the House of Lords who share a common interest in a particular policy area, region, or country.

While they are not official parliamentary committees these groups can sometimes be influential because of their non-partisan, bicameral approach to an issue.

It is a particular sectors route to MPs and the Government and is used to discuss and inform MPs on the various wants, needs and concerns of any given sector.

Chair of this APPG is Christina Rees MP who is a passionate advocate of our industry gaining mandatory registration and has pledged to do all that she can to work together with the Hair and Barber Council to achieve that aim.

Meetings are held normally at Portcullis House in Westminster, although throughout the pandemic they have been held virtually. These meetings are scheduled 4-6 times a year and cover a range of industry issues guided by the Hair and Barber Council.

This APPG is a major influencer of the Hair and Barber Industry and as such is an extremely valuable group to maintain.